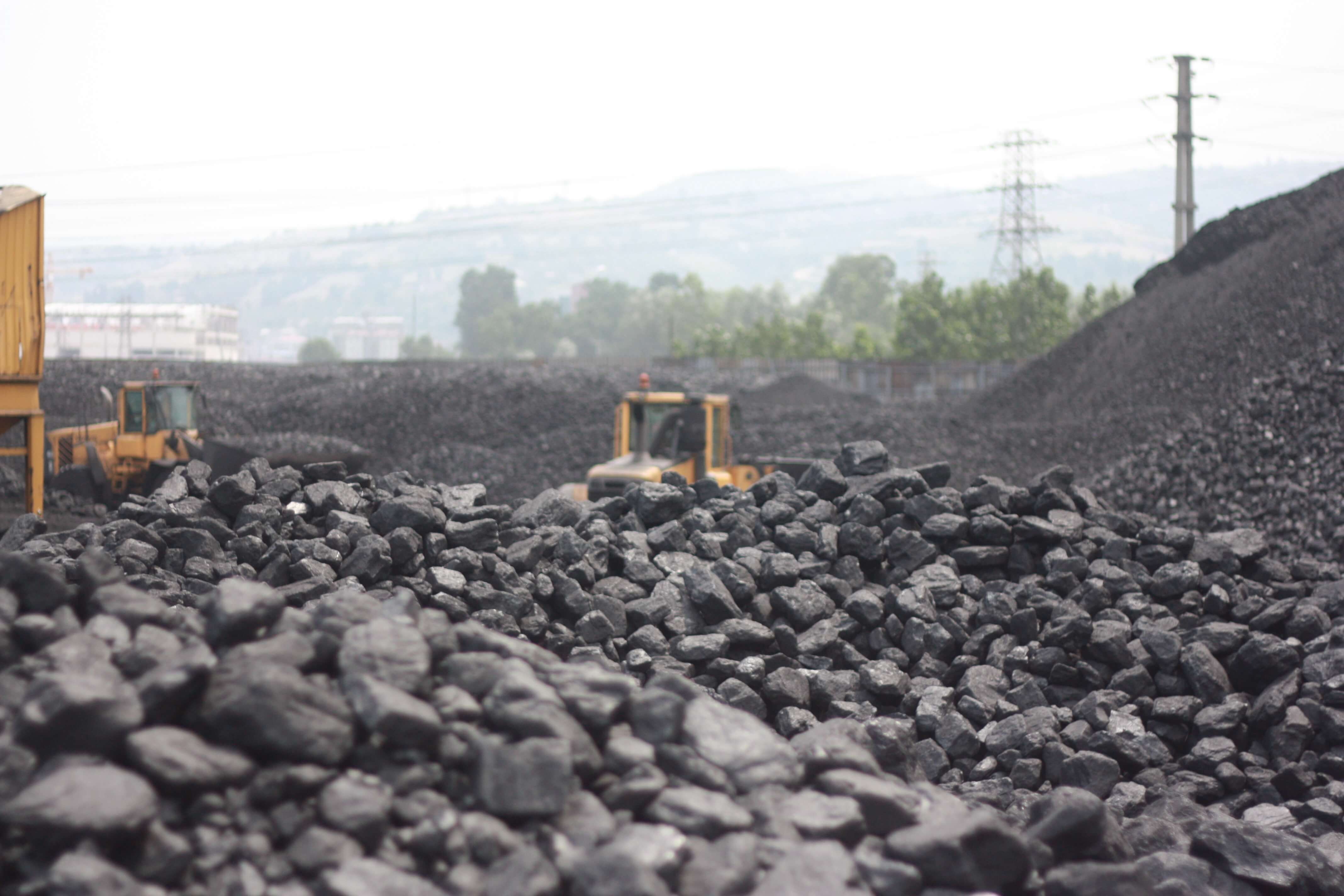 What is Coal? Considerations When Buying Coal Is Coal Used in Central Heating Boiler? Terms Related to Coal Type of Coal

Coal is a combustible sedimentary organic rock. Coal is mainly composed of elements such as carbon, hydrogen and oxygen, and it has been formed as a result of heat, pressure and microbiological effects for a long time (millions of years) between the other rock layers. Coal is divided into types according to organic maturity;

HOW DOES COAL FORM?

Lignite and partly Sub-bituminous coals are generally soft, brittle and matt in appearance. The main feature of this type of coals is that they contain relatively high moisture and have a low carbon content. Anthracite and bituminous coals are generally seert and bright in appearance. Relatively low moisture content and high carbon content. Geologically, the ages of coals range from 400 million to 15 million years. Generally, aged coals are of higher quality.

WHY COAL IS IMPORTANT IN DAILY LIFE ALL OVER THE WORLD?

Coal It is the oldest in the world and is a clean fossil fuel that is reliable and can be obtained at low costs.

Common: Coal is produced in more than 50 countries around the world. Coal reserves, like other fossil fuels (oil and natural gas), are not common in a particular part of the Earth but are widespread throughout the world.

Safe: Coal is the safest fossil fuel in terms of use, storage and transportation.

Reliable: In terms of reliable and reliable supply of electrical energy in industrial and other fields, the widespread presence of coal in the world and the fact that it is produced by many countries provide reliability in supply.

Clean: By using Clean Coal Technologies, coal is used all over the world without polluting nature.

Cheap: As it is a cheap and competitive fuel in electricity generation, 40% of the world's electricity production is supplied from coal.

HOW DOES COAL FORM?

Coals, swampy environment, appropriate (humid and hot climate, the presence of sufficient organic matter, the presence of the Ph conditions around 4-5 Ph, the swamp material with the arrival of downward sedimentation, swamp, depending on the time such conditions are covered) they are formed as a result of some chemical reactions and physical and chemical changes of this organic material.

THE ENVIRONMENTS IN THE SWABS THAT MAKE COALS SQUARE

Mostly plant materials or plant parts are deposited in suitable swampy environments and are buried underground with geological functions. After burial, these organic bodies are affected by the pressure conditions created by burial, and then by the thermal conditions of the environment. As a result of this effect, physical and chemical changes occur within this organic matter. These organic materials, formerly known as peat and known as the ancestors of coals, have darker colors and have a harder structure over time. As a result of the influence of temperature and pressure conditions on these masses, water and water vapor, carbon dioxide (CO2), oxygen (O2) and hydrogen (H2) (in the anthracite stage) are removed from this environment (peat to hard coal stage) respectively. Of course, the ideal conditions and the thermal conditions of the environment must be dominant and increased in the long term (thousands of years). ground temperature increases by 10 ° C every 30 meters. Of course, the temperature increase is ideal and applies to normal conditions. Apart from these conditions (volcanic activity, fault movements, in the presence of radioactive elements) the temperature of the earth increases in an extraordinary way and in excess of normal. As the temperature of the ground increases, this organic material, which was formerly called "peat" but is not considered as coal, first converts to "lignite", then to "sub-bituminous coal", then to "hard coal", "anthracite" and finally to "graphite" if the conditions are appropriate. This progressive maturation process is called "Coalification", and each level is called "rank".

The coals have undoubtedly contain clay, silt, sand and inorganic (mineral) material in different proportions. These inorganic substances in the coals directly affect the quality of the coal negatively. The quality of a coal may have different meanings depending on the area in which it is used. For example; The best quality coal in coke production, which can be swollen, porous and durable, non-oxidized coal is the best coal. When the coal is subjected to liquefaction process, the most sought-after feature of the volatile substance is much more likely. It comes. In all, however, the inorganic substance is not a desired component.

Coals are subject to many different classifications. Europeans are classified as "hard coal (quality coal on lignite)", "brown coal". The most widely used classification is undoubtedly the A.S.T.M (1983) and volatile matter, calorific value in the table below. In order to define an inorganic substance well, sometimes these classifications are not sufficient and organic petrographic investigations are taken into consideration. However, the degree of carbonization of the coals can be determined with the most accurate reflection values. In addition to these values, it is also important to know some trace element contents (such as Arsenic, Cadmium) which are pollutant for the environment.

Roughly the physical properties of coals; Their density varies between 1.1 and 2.2 g / cm3, although they increase by looking at the inorganic material and moisture content they contain.

Rmax, Rmean, Rrandom and Rmin reflection values are measured in coals. The reflection values give us the actual degree of carbonization of a basin coals, directly presenting the diagenetic properties (thermal values to which they have been exposed) in the past.

The Rmax values of the coals directly give the highest thermal values of the environment from the past to the present. The information gathered here helps us to explain what kind of pressures the media has undergone and what features it has.

Vitrinite reflection values are used in oil and gas exploration. In oil explorations, any trees found in sedimentary rocks on oil-containing formations, etc. The measurements we make on this part of the environment give us a great deal of help in determining what kind of hydrocarbon (heavy liquid, liquid, gas, or anything) can or cannot be found in this environment.

The reflection values can vary depending on the depth of the coal in the natural state. Since deeper coals are affected by more "geothermal gradient", it is natural that they show higher carbonization values ("Hilt's Law"). Other factors that increase the reflection value of coals, mountain formations that increase the temperature of the environment, volcanic activities, living fault movements, radioactive minerals, etc. d.

Liptinites, as previously mentioned, are the highest fluorescence macerals since they are the latest macers involved in the carbonization event. Except for some semifusinites, inertinite group macerals generally have no fluorescence properties. The fluorescent light itself is also dropped onto the polished sample and the sample is examined and measured. Substances with higher fluorescence values appear in lighter colors (light green, etc.), and substances with lower fluorescence values appear in darker colors (such as red, dark brown). The detailed properties of liptinites and their ability to easily distinguish them from inorganic substances (bristles, etc.) can be much easier with this method. Coals have many similar physical properties that they exhibit.

Calorie (thermal), which shows the quality and properties of coals, are short and elemental analyzes. In addition, trace element analysis in coals can be done.

Humidity, Volatile Matter, Ash and Fixed ("FIXED") carbon analyzes. These analyzes can reveal the characteristics of a coal together with petrographic analyzes.

Determination of "C", "S", "O", "N", "H" elements in coals. It can be made for very specific and detailed researches.

Coal analyzes can be carried out in the Mining Analysis and Technology Department of the General Directorate of Mineral Research and Exploration (TTA), iron and steel factories, some coal enterprises (TTK and some TKI regional directorates), some private universities such as Hacettepe and METU.

When we take a piece of coal, we see that they have different surfaces and appearances. Some coals crumble in the form of cubic divisions. Plant parts (fiterals) appear in peats, while thick, thin, glossy and matt banding occurs in some coals.

There is a stratification plane in the upper part of a piece of coal, and they are always horizontal, ie, parallel to the ground surface, if they are not folded, broken or displaced.

In the coals, there are planes called "Cleats" on the sides, perpendicular to each other and perpendicular to the stratification planes. Of these, the front or face clip is smooth, while the side butt clip is more rough. The side clits are parallel to the fold axes of the rocks of the environment. Clits are formed by being influenced by the factors that make up the mountain. Clit angles are 90 ° mercury at the level of hard coal and at lower carbonization levels (lower bituminous coal and lignite) this angle is smaller or different. The number of clites in anthracite is more than two (three) and they combine to provide conchoidal cleavage.

Especially at the level of hard coal, coals show banded appearance. When the coals are examined by hand, their banded, matte, hand-wetting components are their so-called & quot; lithotype & quot; units. Lithotypes end up with "ain". Four different lithotypes are available. These are Vitren ("Showcase"), Claren ("Clarain"), Duren ("Durain") and Fuzen ("Fusain"). The characteristics of the lithotypes are shown in Table 4 in detail. In Table 4, the clay and coal coals in relation to each other related features are also available.

When you want to burn high-moisture coal, more coal is needed. Because more coal is needed to remove moisture from the moist coal. If you use 60 tons of coal per year in the boiler and if the coal you buy contains 25% moisture, you can reduce coal consumption to 50 tons by using coal containing at most 10% moisture instead, and you will not carry 10 tons of moisture to your house and pay for it in vain.

BEWARE OF ASH WHEN BUYING COAL

Stoves, boilers and chimneys need to be cleaned more frequently when using high coal ash for heating purposes. , pollute the air and ash in vain did not pay money. Remember that the calories of the ash is zero.

Coal size of domestic and imported coal 18-165 mm. must be between. If the size of the charcoal is smaller than the grill range, drop the small coals to the bottom of the grill. This way, the coal falls into the ashtray from the grill without burning. Coal is 10-18 mm in combustion systems. Coals of this size can only be used in stoker combustion systems.

PURCHASE COULD WHEN BUYING COAL

Coals with high swelling index are suitable for coking. When such coals are used for heating purposes, the volatile substances in the body are released without burning at a certain temperature. Released volatile substances adhere to the chimneys and cause the chimney to clog. This type of coal is often burned in stoves, especially in homes where deaths occur.

When buying coal, pay attention to the volatile substance

In stoves, use high calorie and low fly coal. When the coal is burning in the stove, the heat released must remain in the room. Otherwise you will lose more heat in the chimney. For conventional heating boilers, use both high calorie and high volatile coal. Volatile high coals burn long-flamed; The flame that occurs during combustion remains in contact with the water jackets for a longer period of time, causing the water to heat up.

COAL IS USED IN HEATING BOILERS?